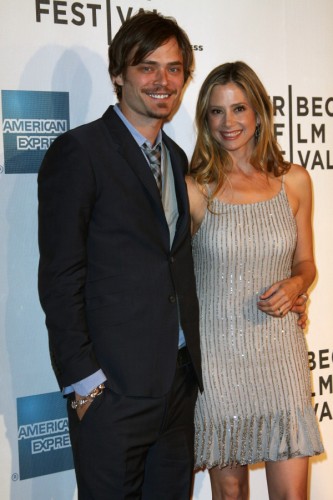 It’s been a busy month for pregnant moms! And now Mira Sorvino has added to her family! The actress gave birth to her fourth child, daughter Lucia, on Thursday in Los Angeles.

“We are thrilled beyond measure to have been blessed with our fourth precious, healthy child,” Sorvino and husband, Christopher Backus, told People magazine.

The couple married in 2004 and are parents to seven-year-old Mattea, five-year-old Johnny, and two-year-old Holden.

Sorvino has taken a break from Hollywood in recent years to watch over her family but the Oscar winner is set to grace the screen again in Union Square in July. Backus will make his directorial debut in The Sessionist this summer.

They’ve got some busy months coming up! I hope the couple is caught up on some sleep! Congrats!

Legal battles continue for Linda Evangelista and her son’s father