Hilary Duff Opens Up About Sleepless Nights WIth A Newborn 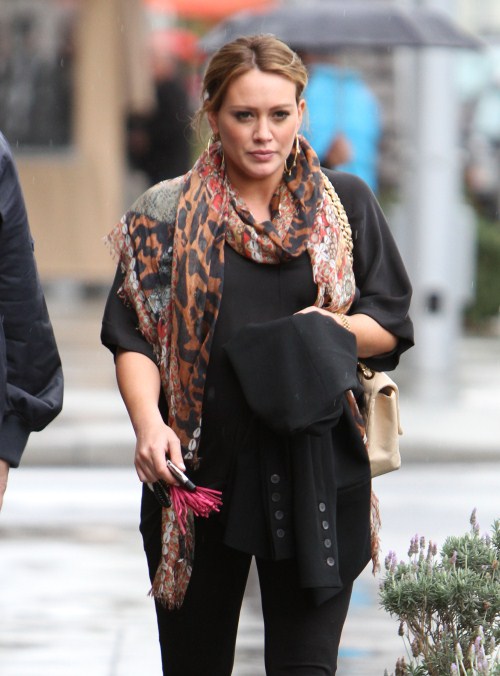 Hilary Duff admits when her son Luca was born she thought she would be able to go without sleep.

“The first week I was like, ‘I’m doing this, I’m good. I can not sleep, I can do this.’ I don’t know where you get that energy from,” Duff tells PEOPLE.

To overcome her tiredness, Duff learned that the best thing to do is to take naps with her little baby.

“So many people were like, ‘Take naps when your baby naps,’” she recalls. “So I tried and it really helped a lot. I thought when he was napping that was the time I could do all the things I needed to do. It’s a fine balance.”

The actress now claims that Luca is sleeping better and is on a good schedule.

“He’s really a good baby, I promise. He sleeps really well and he’s on a good schedule,” says Duff. “He sleeps a good five and six hours a night, which is just amazing. I am so grateful.”

Duff adds that she believes her 5-week-old is already smiling.

“He’s staring at your mouth when you talk to him [and] he laughs a little bit,” she says. “My husband keeps telling me it’s gas and I’m like, ‘No, he loves us so much, he’s already smiling.’”

Things No One Told Me About Labor