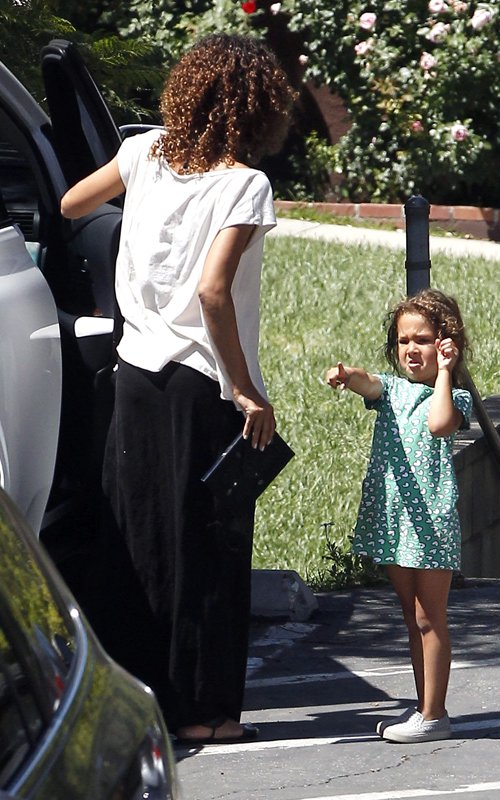 Halle Berry was seen picking up her daughter Nahla from school in Los Angeles, Ca on Friday.  Berry sported a new curly hair-do as she tried distract an unhappy Nahla from the paparazzi snapping pictures.  Nahla who pointed angrily at the paparazzi wore a a stylish Diane Von Furstenberg dress from Gap’s children collection.

The twice-wed actress confirmed her engagement to Olivier Martinez in March, but insists she had no plans to tie the knot again before meeting the French actor.

“Who knew? I swore it off, right? Never say never, people!” she told.

Nick Cannon Doesn’t Want His Children To Be Famous