Actor Josh Lucas Is Going To Be A Dad 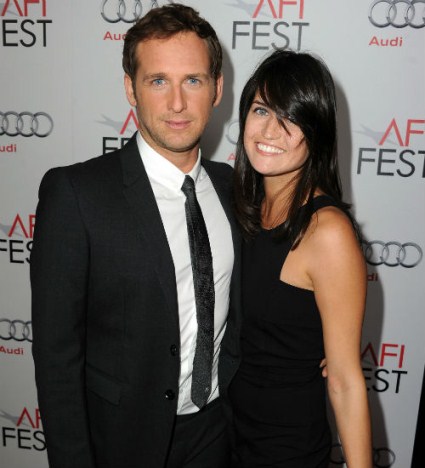 It’s all happening for Josh Lucas. The actor not only secretly tied the knot on the weekend with gorgeous freelance writer Jessica Getty – but he’s now announced they’re expecting their first child together. talk about some major life changes. I suppose we should say Congratulations and Congratulations! It’s a doubly exciting time in the Lucas/Getty household.

The star of Sweet Home Alabama and A Beautiful Mind is going to be a Dad for the first time. Recently Josh admitted ‘I think I do have baby fever. I’ve had it for a little while‘. So I reckon it’s fair to say this bub was planned. There’s no word yet on how far along Jessica is…so we don’t know an exact due date but I think the arrival will be in the summer.

Parenthood isn’t all new to the 40 year old. Josh explains… ‘When I was 19 years old I met an 18-year-old woman with a seven-month-old baby and I’ve raised him ever since. We didn’t know each other that well and we were raising a family together. He was learning to walk and talk and ride a bike. He was going through breastfeeding and I’m saying to myself, ‘How am I here? What is this about? But it’s been one of the greatest experiences of my life and I’m grateful for it to say the least‘. At least he’ll know how to change a diaper!

We wish the newlyweds Josh and Jessica all the best as they prepare for their new arrival.