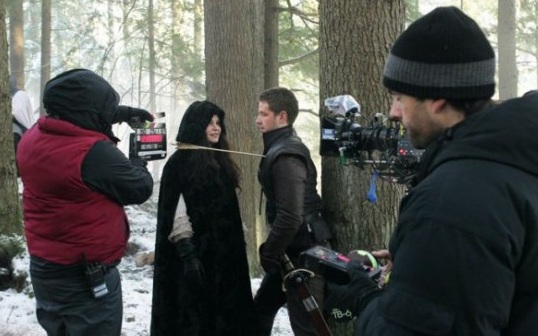 Tonight on ABC a new episode Of Once Upon A Time airs called ‘Heart Of Darkness’ airs.  I am really excited because from the preview of tonight’s episode it looks like it is going to be a Rumpelstiltskin episode.  On last week’s episode at the very end of the show Emma found a box containing a human heart and testing will tell who the heart belonged to.   Does it belong to Katherine, David’s wife?  But there is a big problem… the prints on the box are Mary Margaret’s!!!  Oh No!  If you missed the episode you can read our full recap here!

On tonight’s episode Mary Margaret hires Mr. Gold as her attorney when Emma is forced to arrest her for the suspected murder of David’s wife, Kathryn. Meanwhile, back in the fairytale land that was, Prince Charming sets out to stop a determined and unhinged Snow White, whose memory is still clouded by Rumplestiltskin’s potion, from assassinating the Evil Queen, on “Once Upon a Time,” SUNDAY, MARCH 18 (8:00-9:01 p.m., ET) on the ABC Television Network.

We will be live blogging the show with all the up-to-the-minute details at 8PM EST so make sure to come back to this spot and watch the show with us. While you wait for the recap you can watch a sneak peek video of tonight’s show below!