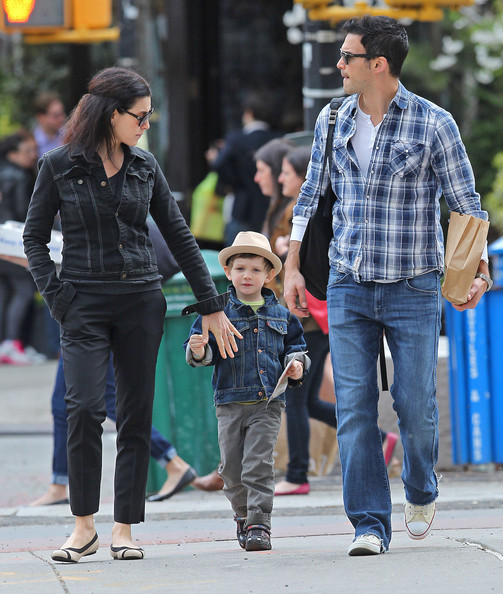 Julianna Margulies and her husband Keith Lieberthal were spotted out for a walk with their son Kieran through Tribeca in New York City, NY on Saturday.

The actress recently revealed she is determined to limit Kieran time in front of the TV screen.

“During the week he’s not allowed [to watch TV] and on weekends he’s allowed one hour Saturday mornings and one hour Sunday mornings,” Margulies told during an appearance on Anderson.

She admits she sees a clear difference between Kieran and other kids his age.

“He loves books and he loves reading and he loves words,” she reveals. ”Television for little children is very dangerous because they become almost like robots. They sit there and they’re not interacting.”

Julianna Margulies: My Son Is Read To Everyday