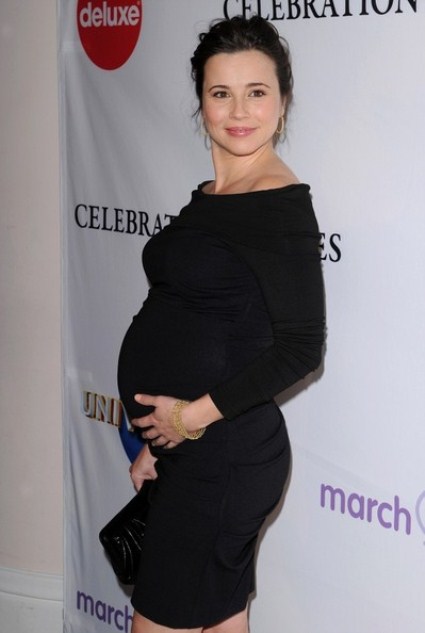 It’s a big congratulations to actress Linda Cardellini and  her boyfriend Steve Rodriguez. The pair have welcome their first child – a baby girl called Lilah-Rose Cardellini. No weird and wonderful celebrity baby names here. It’s been revealed their bundle of joy came into the world on February 29 – so it was an extra special birth. We only get a February 29 every four years! So they have a leap day baby. Awww.

The 36 year old announced her pregnancy in October 2011. She told People magazine back in December how she was feeling in the lead up to motherhood and like most women there were a few nerves  as well as excitement  ‘It’s a wonderful, thrilling event. I think you can’t help but be slightly terrified because somebody’s whole life will be in your hands.’ She added ‘It’s amazing and I can feel kicking and it’s a totally unbelievable experience. It’s a little bit like Alien in science fiction and then also it’s a crazy miracle‘.

It wasn’t all smooth sailing for the first time Mom. She had to deal with some pretty severe morning sickness early on. But that passed and the last few months were more enjoyable. Linda and Steve were able to prepare for their new addition and get the nursery ready.

Linda is best known for playing Doctor Samantha Taggart on the popular medical drama ER. She’s also appeared in Freaks and Geeks. On the big screen she has appeared in the Scooby Doo films, Legally Blonde, Brokeback Mountain and last year’s Return.