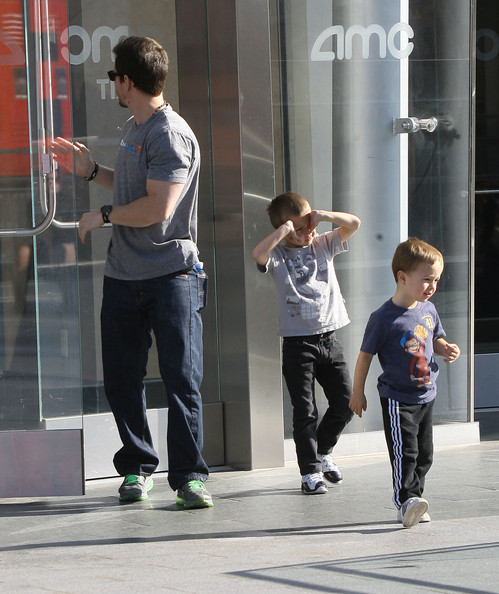 Cute daddy Mark Wahlberg was spotted spending the day with his son’s five-year-old Michael and three-year-old Brendan in Century City, on Saturday. Wahlberg who wore casual jeans and a grey shirt took his adorable tots to watch a movie at AMC theater.  The boys looked happy as they left the theater, but Wahlberg looked less than pleased to see the waiting photogs.

Wahlberg recently credited his family of freeing him from his old drug and drinking habits.

“It’s the right thing to do,” said Wahlberg.

“I have a beautiful wife and kids and I wouldn’t want to do anything to mess it up. I had a pretty damn good run and in a way I was lucky to survive it,” he added.

Jessica Alba On Motherhood: I’ve “Become the Person I Always Should Have Been”