A Beckham Family Day Out 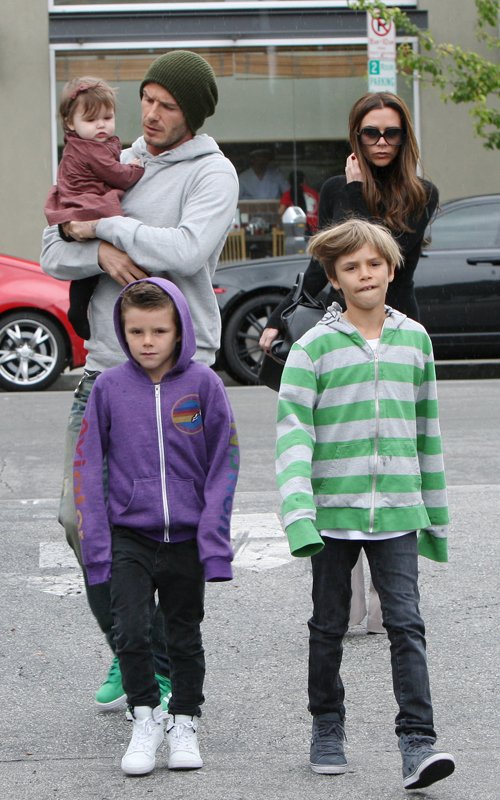 David & Victoria Beckham took their family out for lunch at Tsujitsa Artisan Noodles in Los Angeles, Ca on Saturday. David held his daughter Harper while his boys Romeo, Brooklyn and Cruz strolled in front. Trailing behind was stylish Victoria with her hair blowing in the wind.

Beckham revealed to UK’s Mirror that his children are developing their own fashion sense.

“I used to try to dress them up, but now they want to wear their own things,” Beckham says. “Brooklyn will just wear his soccer shirts and a T-shirt.

“But Romeo is the fashion one, so he’ll go for skinny jeans and a vintage T-shirt and funny hats. One Christmas he asked for pair of spats shoes. And now the youngest Cruz is hitting it right as well. He loves Justin Bieber, so anything he’s got Cruz wants,” he added.