What Team Does Your Favorite Celeb Parent Want To Win The Super Bowl? 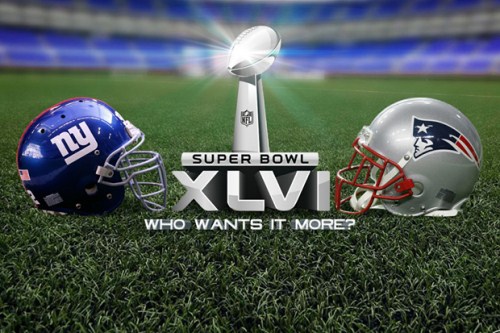 American football is a not only loved by everyday parents, but celeb parents too!  They have their favorite teams and get just as passionate as the ‘average’ crazed fan.

Here is a list of celebrity parents and the teams they root for.

Mark Wahlberg: Another Boston native and huge Patriots fan. He is even pals with quarterback Tom Brady.

Steven Tyler: Was spotted wearing a Patriots Jersey at the Pre-Superbowl celebration.

Sir Elton John: Elton John has been a Patriots fan for a long, long time — Patriots owner Robert Kraft said that the singer is a long time family friend.

Jessica Simpson (Mom-to-Be):  A Giants fan. “We were really sad the Niners aren’t here right now — Eric played for the Niners — but he’s from Boston, so we’re going with the Patriots. And I’m a Cowboys fan, so I cannot root for the Giants!,” Simpson explained to her fans.

Conan O’Brien: Another Patriots fan. He wrote via twitter – “Patriots by 7. This is my pick for the Super Bowl. And for any future U.S. revolutionary wars.”

Gisele Bundchen – Patriots fan! Her husband is Patriots quarterback Tom Brady. She recently asked her friends to pray for Tom Brady and the Patriots win.

Hmm.. Seems like celeb parents love the Patriots! Who are you rooting for?
Visit The Celebrity Gossiper For Live Coverage!
Continue Reading

Hilary Duff About To Pop!