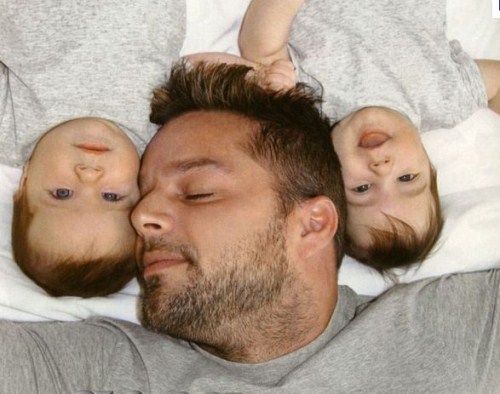 Ricky Martin seems to enjoy parenthood – in fact he and partner Carlos Gonzalez are actually thinking about adding to the family. He would like to have a little sister for the twins to complete the trio. He said:

“I think that I’ll do it later on this year, so that [the kids] are not too far apart in ages. A little girl! Dios mio, me muero. But we’re going to talk about that later on. It would be irresponsible to do it now.”

Ricky Martin will be taking his set of skills to broadway as he will be starting in the musical ‘Evita’.

On another note, Martin also said that he doesn’t envision marriage with his partner for the time being but is happy to have to choice:

“We are not talking about it, we’re not thinking about it. But I’m so happy that in Europe we have the option. It’s amazing to think that we can say, ‘I feel like it. I’m ready. Let’s go.”

Although they’re not thinking about it, it does seem like the door is left to the possibility in the future.