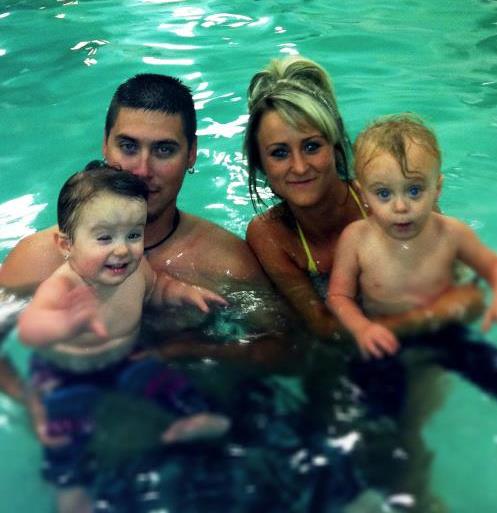 Teen Mom 2 star Leah Messer and boyfriend Jeremy Calvert  have taken two extra steps in their relationship. According to an insider to UsMagazine, the couple have gotten engaged over the holidays and Messer is pregnant with her third child. The teen mom has two year old twins with ex-husband Corey Simms but she feels that her relationship with Calvert is better grounded for long-term success:

“We have a really good connection,” she gushed. “It’s different from Corey and my relationship, because we were kinda like forcing it… With Jeremy, you know when you’re supposed to be with somebody and you’re not.”

According to a report, the couple spent the night before Christmas Eve at Grandma’s with the twins. They enjoyed the food and the kids received dolls, strollers and all the other things that kids at that age want.

Hopefully this is the start of something serious and long-lasting, since it would be a shame if the outcome of this relationship would be the same as the one with her first husband. The young mother of soon-to-be three is gonna need all the support she can get.