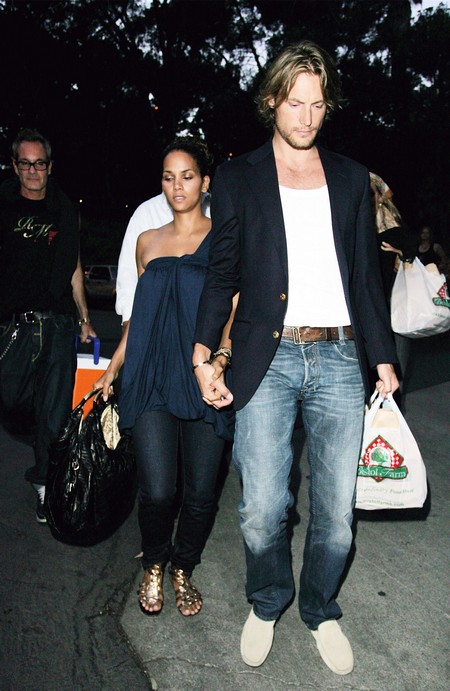 Actress Halle Berry has been in the news recently for trying to remove any and all contact of ex supermodel husband Gabriel Aubry with his daughter Nahla after the model allegedly pushed the nanny Alliance Minder against a door on January 22nd while she was holding Nahla in her arms. The nanny has accused him of battery after she filled a report with the police after the incident.

This story does not make Aubry look very good… According to reports, the mix-up with the nanny allegedly happened after the lady challenged him over his decision to not send Nahla to school because she  was sick. Was that reason for Aubry turning into the angry Hulk and physically assaulting the woman that takes care of his child while also putting the safety of Nahla at risk? Either Aubry has some serious anger management issues that were previously unseen, or maybe he was just going through a tough period due to the hard divorce and his emotions got out of whack for this one time? The fact is, it’s hard to excuse such behavior and Aubry should have though for a second or two before commiting to the act about the possible consequences and repercussions of his actions. If Aubry is a god dad overall, is this act alone enough to cut him out of a relationship with his daughter?

Berry took to the Los Angeles court on January 23rd, the very next day after the incident,  to get the Protective Order but judge Scott Gordon said he will wait until the judge that oversees the Berry/Aubry custody war comes back from vacation. Camdem also requested a Protective Order against the Quebecois model, stating that she feared retaliation from the daddy.

Liv Tyler Opens Up About Motherhood