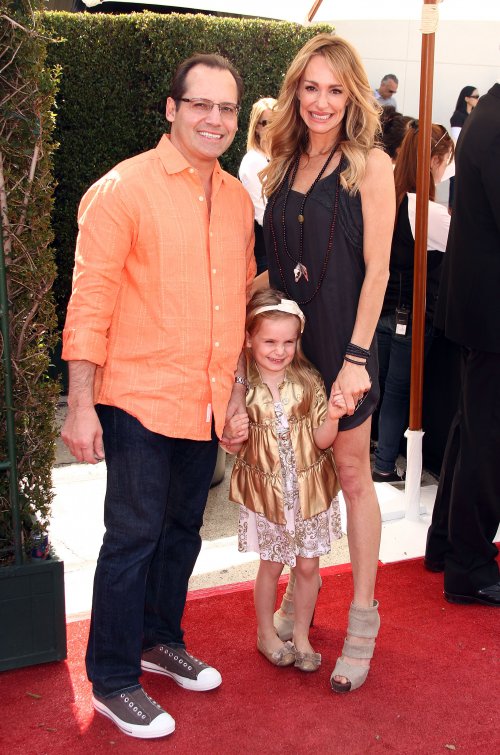 Real Housewives of Beverly Hills‘, Taylor Armstrong wasn’t alone on Aug. 15 when she discovered the body of estranged husband Russell, who had hanged himself at the L.A. home of a friend.

Armstrong was with Kennedy, her 5-year-old daughter with Russell at the time of her horrific discovery.

During an emotional Monday night appearance on What What Happens Live, Taylor recounted the awful moment to Andy Cohen. Kennedy’s response to the sight: “‘Did Daddy do something dumb?'” she asked, according to Taylor.

The grieving star added that she and her daughter “have good days and bad days” since the tragedy; they now live near fellow cast member Kyle Richards and family.

“We have slumber parties at Kyle’s house…[Kennedy] doesn’t ever want to leave because it’s a big family there, and we’re just two people.”

Life According To Me, With A Four-Month-Old Baby