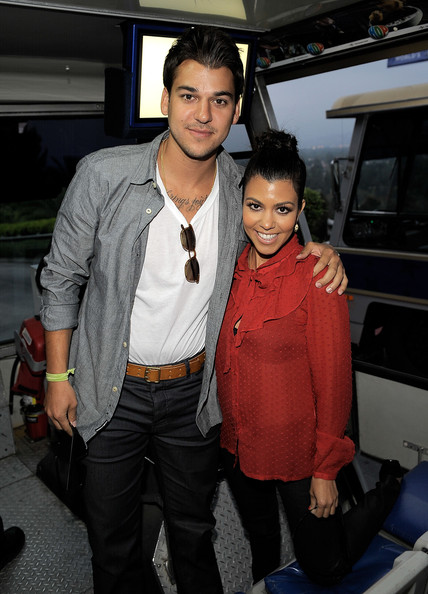 Rob Kardashian is sticking up for his sister Kourtney!

He insists his sister Kourtney is a good mom to her two-year-old son Mason with boyfriend, Scott Disick.

“[Some] people may think [badly] of Kourtney, but she is the best mother,” Rob told on Wednesday at the Duracell presents Daughtry concert in NYC.

What makes Kourtney such a wonderful parent?

“Her morals,” Rob said. “My dad has taught her a lot, even with money. She doesn’t go and spoil [Mason]. He has a really good upbringing and strong morals, and he’s just surrounded by so much love. Everybody just gives him so much love. He’s spoiled in that sense.”

Rob insists he is not biased when he says newphew, Mason is a smart kid.

Rob hopes Kourtney who is pregnant will have have another boy.

“I think it would be kind of cool to have two brothers,” he told. “We’ve never had that in the family!”

Rob also let in on a holiday secret. “I’m going to be Santa Claus this year for Mason,” he said. “I’m helping get all of the presents together while he’s asleep… I’m Santa’s helper. That’s a good way to put it.