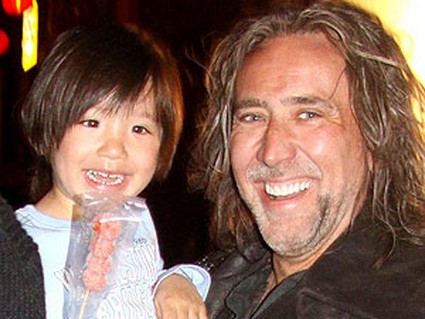 Nicolas Cage took his six-year-old boy Kal-El to watch the Broadway show ‘Spider-Man: Turn Off the Dark’ and afterwards he got to meet lead actor Reeve Carney, who plays the web-slinging superhero in the New York production.

During the behind the scenes tour, Kal-El told Reeve has was named by his dad Nicolas after fellow comic book hero Superman and insisted he would have joined him for some superpower fun if he’d brought his cape.

Speaking to the New York Post newspaper, a source revealed the schoolboy told the actor, “I’m Kal-El. This is my dad. I was named after Superman. I’d fly with you, but I don’t have my cape.”

Nicolas is a huge Superman fan and recently sold a rare comic book for over $2.1 million.