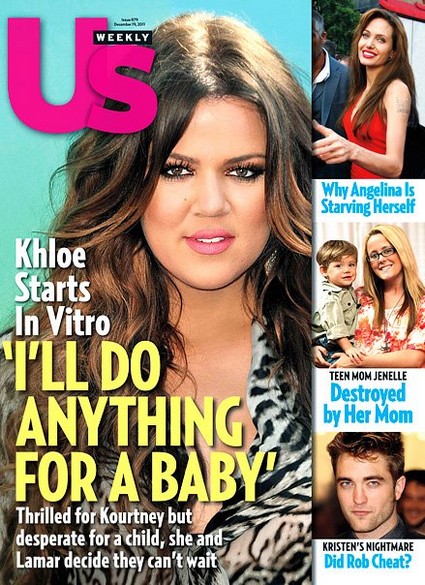 Khloe Kardashain has made no secret of the fact that she wants to conceive with her husband Lamar Odom.  After sister Kourtney Kardashian announced last week she is pregnant for a second time, Khloe is even more desperate to have a child.   Khloe has decide to Khloe has started preparing for in-vitro fertilization treatment to help her and Lamar conceive.

The magazine reports that even though Khloe is thrilled for Kourtney, she and Lamar have decided they can’t wait any longer.  In-vitro costs around $10,000 to $15,000 per treatment but they feel it is worth it.  The two have been trying to get pregnant but nothing has worked so far.  Khloe is feeling really pressured to conceive.

Paris Hilton: One Day I Want To Have My Own Family

Kourtney Kardashian’s Boyfriend Scott Disick Did Not Want Another Baby!