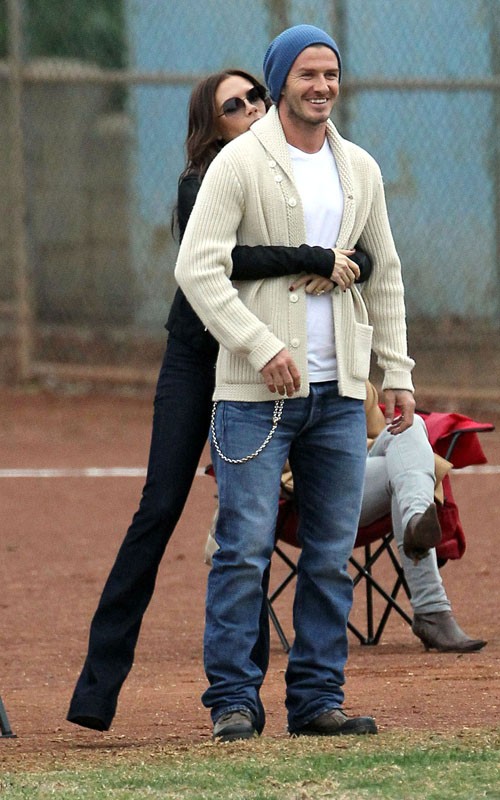 David Beckham & Victoria Beckham are preparing to move their four children to Europe if David signs with Paris Saint-Germain Football team or a UK team.

It is said the couple are already lining up possible schools for the boys.

“David is on the brink of committing to either Paris Saint-Germain or a UK club. He’ll make the announcement just after the New Year.”

“They are preparing to be back in Britain and have been looking at schools for the boys. David is keen on one particular school because it’s the area where he grew up and when he was a child he always wished he could have gone there.”

Although Victoria was initially reluctant to move, the hugely successful fashion designer is now “excited” about returning home.

T”David has always been adamant he wants to end his career in Europe and Victoria is totally behind the move. She is using the opportunity to work on her fashion profile in Europe and the boys will be privately educated. They are all very excited.

“Victoria wants to come back to London and live between the capital and Paris but she won’t give up the place in LA. The advantage of being over here is they can spend more time with their families. But they love LA so it’s likely they’ll be back.”

Jay-Z Buying An Armoured Vehicle to Protect His Unborn Baby