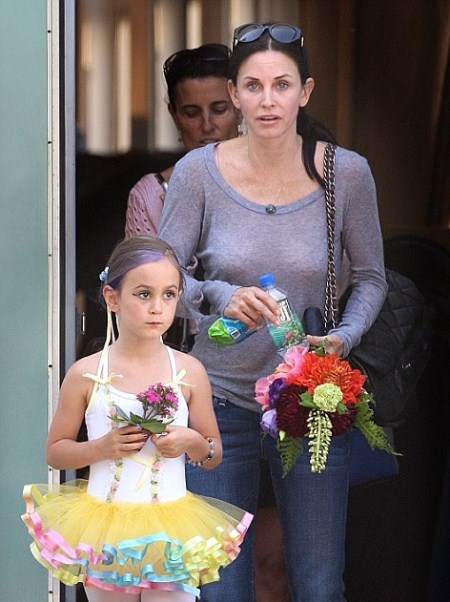 Courteney Cox admits her seven-year-old daughter, Coco is already showing signs of following in their footsteps.

“She does great accents. The other day she called up David and left a message pretending to be Kym Johnson, who was his dancing partner on ‘Dancing With the Stars’ and is from Australia. She said, ‘Allo Dye-vid, it’s Kym’. I can’t do accents myself but she does them really well.”

Cox, however is not exactly nuts about the possibility of her daughter becoming an actress

“She does like to perform. For Halloween, she dressed up as a dark angel in an outfit with black wings. I’m not nuts about that, but you’ve got to let her do her thing, right?”

Cox can see influences of both herself and Coco’s father David Arquette  in their daughter’s personality.

“I see both of us in her. She’s very strong, feisty and independent, and she’s also creative and sensitive. She’s quite quirky and fun.”