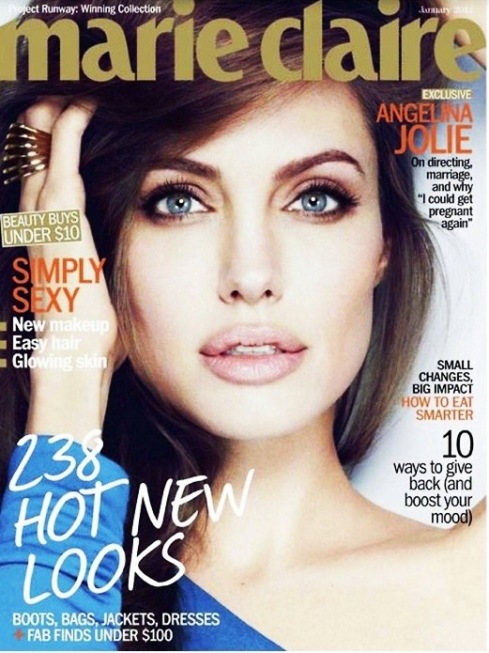 In an interview with Marie Claire Magazine, Angelina Jolie opens up about the different personalities of her six children, Maddox, Pax, Zahara, Shiloh, Vivienne and Knox with partner Brad Pitt.

She says Shiloh’s personality is a mix of her’s and Pitt’s.

Jolie also compared their eight-year-old son Pax to a “punk rocker” because he has a “good heart” beneath his “wild” exterior.

“He is extremely wild, but he has a very, very good heart. You know, like those punk rockers – when you really get to know them and they are just pussycats. But at the same time, he is going to get in some kind of trouble.”

Jolie revealed her eldest child, 10-year-old Maddox, looks after her and can always tell when there is something wrong.

“I’ll be doing something and I’ll be frustrated, and he’ll hold my hand and say, ‘Are you feeling tired? Is that why you’re upset?’ ”

Meanwhile, she says the couple’s six-year-old daughter Zahara has found “her thing” in horse riding, while three-year-old twins Knox and Vivienne have very different personalities.

“Knox is very much a dude. Very physical, tough. He loves dinosaurs and swords.

“[Vivienne] is so elegant and delicate. Vivi will pick flowers from the garden and put them in her hair. She likes to get her nails done and collects stuffed animals. It’s funny for me to have to buy all things pink and watch princess movies!”

President Obama Does Not Allow His Daughters On Facebook