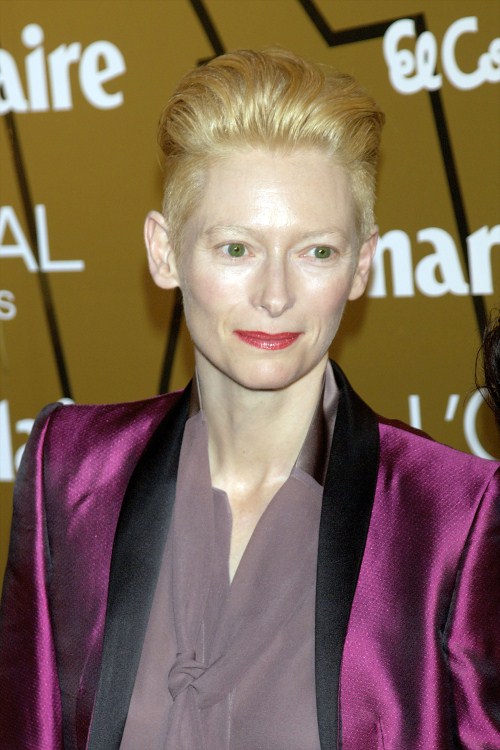 Tilda Swinton has confessed when she is away from her children she worries that something bad could happen to them.

Swinton admits when she is away she frets about them, creating unlikely situations in her mind of what could happen to them.

“I work at motherhood. Although I travel a lot, I’m never away shooting more than a couple of weeks. I’m very aware I’m responsible for their safety, my imagination works overtime trying to foresee any eventuality. I fire up. The problems expand in my head and take me to dark stuff. My imagination takes on all disasters.”

Swinton reveals her role in her latest film ‘We Need to Talk About Kevin’ resonated with her as a mother because of the emotionally challenging subject matter.

In the movie, the British actress plays mother Eva Khatchadourian who struggles to bond with her son, who then goes on to massacre students and teachers at his school, and she insists the fear of not developing a maternal bond is something all women can relate to.

“The movie’s a phantasmagoria. About a woman’s mind. Not a social commentary. The prize-winning book had a big impact in London. A worst-case scenario nightmare of raising a child with mother and son at dagger’s points. Having a baby half-heartedly, hoping glue kicks in and has its stamp. The baby she’s caring for at arm’s length never stops screaming . Mothers in the audience align. They recognise the danger. You can see the desperation.”

Kim Kardashian: “Maybe I’m Not Supposed to Have Kids!”

How A Stay-At-Home Mom and Professional Blogger Saves Time

Tilda Swinton Was Afraid She Would Give Birth To The Devil, Huh..