Kim Kardashian: “Maybe I’m Not Supposed to Have Kids!” 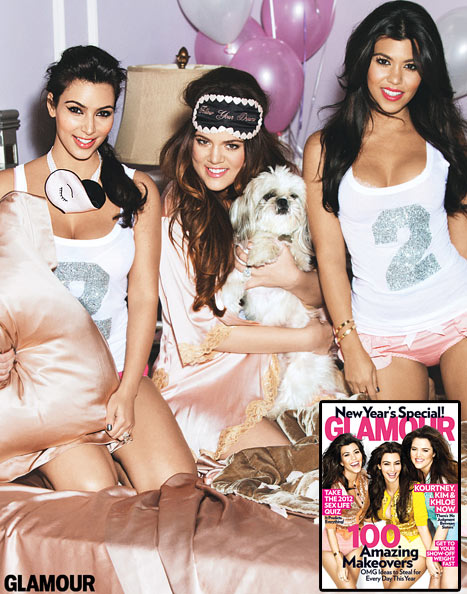 In the January 2012 issue of Glamour magazine, Kim Kardashian (alongside sisters Khloe and Kourtney) reveals she feels like she may never get married again and have children.

“I believe in love and the dream of having a perfect relationship, but my idea of it has changed,” says Kim, who filed for divorce on Oct. 31 after just 72 days of marriage to Kris Humphries.

“I think I need to not live in a fairy tale like that. I think I maybe need to just snap out of it and be a little more realistic.”

And that means, perhaps, no children of her own.

“At first I was like, I want six kids. Then I went down to four, then I was down to three.and now I’m like, maybe I won’t have any,” she says glumly. “Maybe I’ll just be a good aunt…At this moment in my life, I feel like maybe I’m not supposed to have kids and all that.”

“That’s how I feel,” insists Kim. “Maybe my fairy tale has a different ending than I dreamed it would. But that’s OK.”

Jessica Simpson Bundles Up In The Big Apple