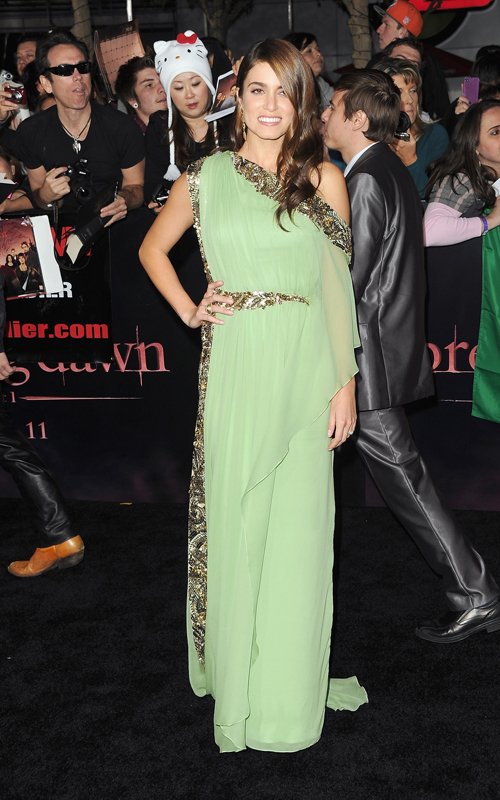 A blind item has hit the net today claiming a Twilight actress is currently pregnant with her first child. Celeb Baby Laundry who has broke various celeb pregnancies believes the pregnant actress is Nikki Reed.  Reed tied the knot less than a month ago with former American Idol contestant Paul McDonald.

McDonald recently said the the two want children one day,

“We haven’t really talked too much about it but we know we want to have kids eventually.”

Reed was pictured at the Breaking Dawn premiere last night in Hollywood wearing a beautiful green Grecian dress. Is it possible she was hiding a bump under the dress?

He and Nikki have been married less for than a month and they’re both young, he’s 27 and she’s 23.

Is it possible they are keeping the news secret?

Kellan Lutz: “Success For Me Is Having A Family”