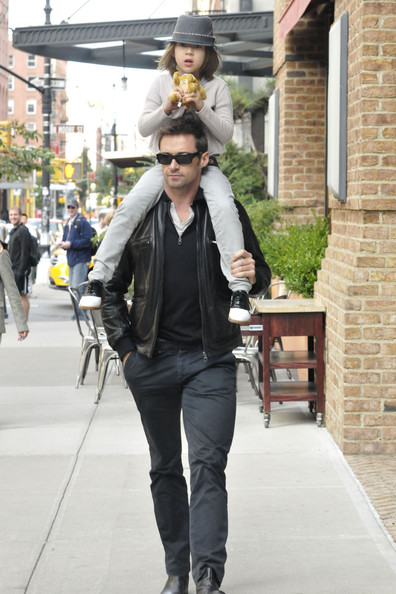 Hugh Jackman who is currently starring in his one man show, ‘Hugh Jackman: Back on Broadway’ admits his six-year-old Ava was less than impressed with his show.

“About a week ago [my kids] came on a Sunday matinee. I said, ‘Guys, look, you can be honest with me. Do you like the show?’

During part of the show, the ‘Real Steel’ actor ventures into the audience to serenade his wife and Hugh admits it is the part where his daughter feels particularly uncomfortable.

“My daughter, oh my God. I sing a song for my wife in the show and sometimes I go out to the crowd.

“My daughter literally hides under the seat in front. She dies.”

Hugh also revealed he is a big fan of parenting show ‘Supernanny’ and has found the tips and techniques used by host Jo Frost very useful.

He said: “I’m one of those parents, I read every book. My son came out and apparently he hadn’t read any of them, so we were really all at sea. Then we found that show and, I tell you, our daughter has a much easier ride.”

Jessica Simpson Loves To Show Off Her Baby Bump