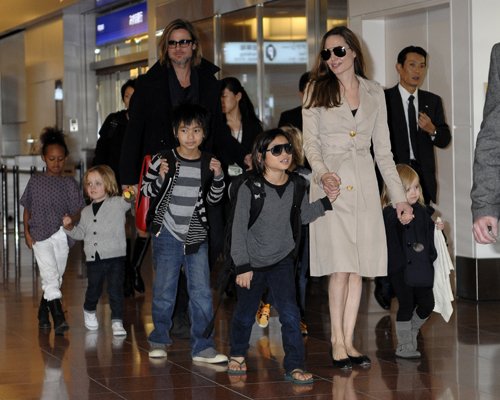 The Jolie-Pitt’s are in Tokyo!

Angelina Jolie & Brad Pitt were seen arriving  at Tokyo’s Haneda Airport earlier today. They guided their six children Maddox, Pax, Zahara, Shiloh, Knox, and Vivienne through the terminal. Jolie held Pax and Vivienne’s hand as Brad held Knox’s. The family were greeted by hundreds of fans who had waited hours to catch a glimpse of the so called “American Royal Family”.

The family are in Tokyo while Pit promotes his latest movie, Moneyball.