Sharon Osbourne Is Anxious To Spoil her First Grandchild 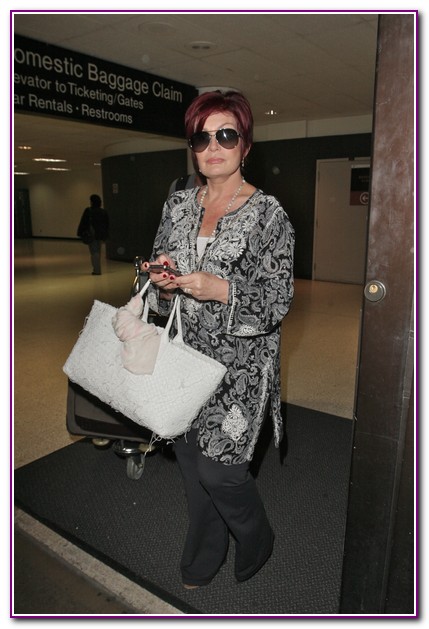 Sharon Osbourne‘s son Jack  announced during an interview on Piers Morgan that his fiancee Lisa Stelly – who he became engaged to two weeks ago – is expecting their first child.  Jack’s Mom and the soon-to-be grandmother is already planning to let the latest addition to their family get away with “everything” when it is born in April.

She said on ‘The Talk’: “Our family is growing, and I love that. It’s just a blessing, it’s a joy. They’re going to have a baby in April. Yes!

“That’s what comes with being a grandmother. You can spoil, you can indulge, and then say, ‘Okay, now let your parents be the ones to teach you right from wrong. I’m not. What do you want? Have it!’  “The baby’s going to have to call me Shazza or Mrs O. In London, that’s Sharon, the abbreviation is Shazza. They call you, ‘Shazza.’ ‘Hello Shazza!’ [The baby news] was just overflowing from Jack. His eyes were all teary [from joy].”

Meanwhile, Jack’s sister Kelly proclaimed herself to be the ‘luckiest girl in the world’ about the news.

She wrote on her twitter page: ‘girls night in w/ @lisamarstelly my future sister in law & mother of my niece/nephew we are so happy the news is out so i can talk about it

‘been waiting 2 say this for so long im the happiest girl in the world im going to be an auntie! @lisamarstelly welcome 2 the family i <3 u (sic)’