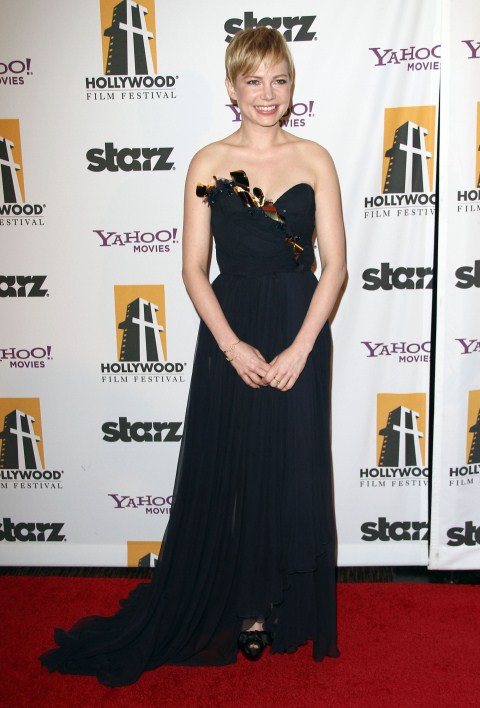 “We just got a puppy,” Williams, revealed during an appearance on The Ellen DeGeneres Show, airing Friday. “She’s very into the puppy,” which is a mixed “sort of spaniel thing,” the Oscar nominee explained.

But a problem arose when the time came to name the canine cutie.

“Her first ideas were…they sounded like stripper names!” Williams said. “She wanted something like, Crystal, Gem or Diamond.”

Williams resisted the urge to be a “controlling mom…I was like, ‘We can’t have a dog named [that!]. But then I was like, ‘You know what? Let her have it.”

As it turns out, Matilda settled on a less scandalous name: Lucky. “Which made me feel very lucky!” Williams cracked.

Salma Hayek Hopes To Give Parents A Break With New Movie