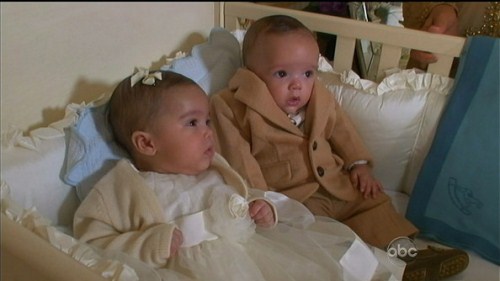 Mariah Carey and Nick Cannon unveiled their 6-month-old twins to Barbara Walters on  ABC’s 20/20. The twins are spitting image of their mother Carey.

In the interviews,  Carey reveals that she went through a miscarriage before becoming pregant with the twins. Her pregnancy with the twins was also very difficult and was deemed high-risk because of the development of gestational diabetes and constant false labors.

Carey also admitted that she will not be having more children.

“I don’t think I understood the enormity or the magnitude of what it really does to your body,” she explained. “It’s not just, oh you don’t look pretty and you have a bump.”

Brad Pitt: Angelina and I Want More Kids, Why Stop?