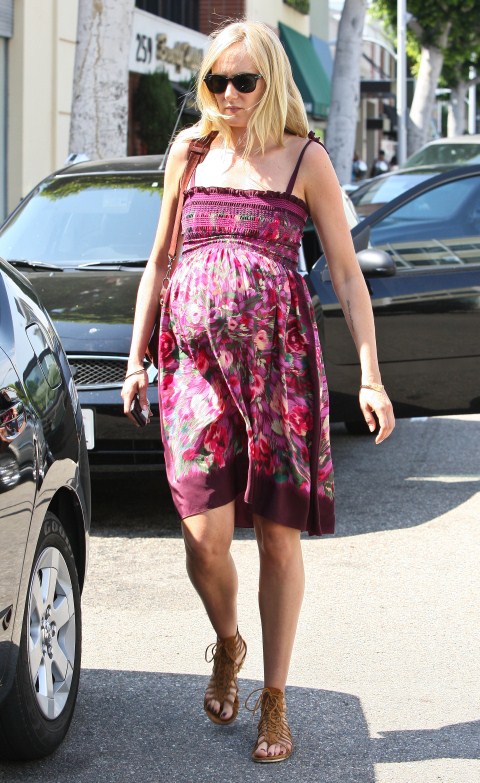 Kimberly Stewart is finding motherhood to be the ”greatest experience” of her life.

She said: “I love being a mother. It’s the greatest experience of my life. It gets better every day. Delilah is starting to smile; she’s the perfect little angel. She definitely looks like her dad but she has my legs and eye color.

Stewart insists Delilah’s father, Benicio Tel Toro is a good father even though they are no longer dating.

“The whole family, including Benicio, was at the hospital and my mother and Benicio were in the delivery room with me. Benicio’s very involved; he and Delilah have a very special bond.”

She also admits she gave her child her unusual moniker after the song by Welsh crooner Sir Tom Jones.

She told Britain’s Hello! magazine: “I named her after the Tom Jones song, as I’d always loved it. Actually, Sophia had been at the top of the list and then I found out it was one of the most popular baby names, and that solidified Delilah, I thought it was unique.”

Kimberly is also expecting her half brother, eight-month-old Aiden – the offspring of her father Rod Stewart and wife Penny Lancaster – to become close to his niece.

She said: “Since they are only six months apart, I am counting on them being best friends.”