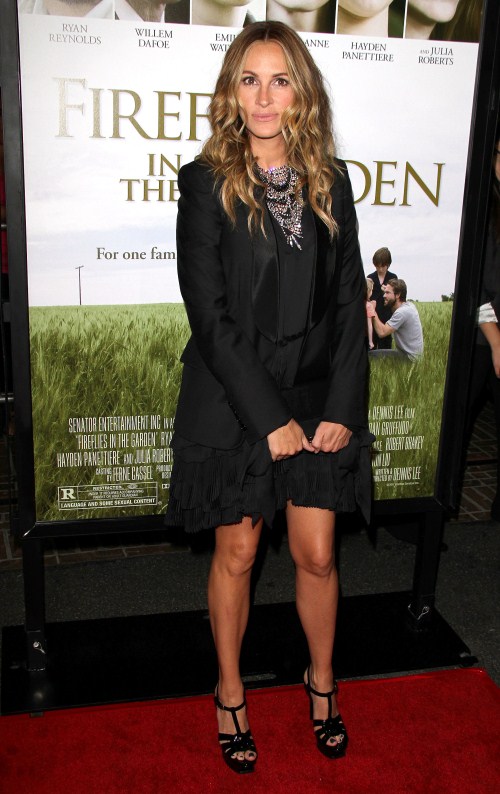 Julia Roberts became emotional while watching her new movie, because it brings back memories of her pregnancy.

Roberts who has seven-year-old twins Hazel and Phinnaeus and four-year-old son Henry with husband Danny Moder was pregnant with Henry when she filmed ‘Fireflies in the Garden’ in 2007 and Julia said it was “touching” to look back on her pregnancy.

“When I see it now, he’s this big boy who can dress himself and do all these things. It really is touching to see that.

“I think motherhood is challenging for everybody in different ways.

“My challenges as a wife and a mother are very different from the ones portrayed in the movie, but I think for everybody it’s a hard challenge.”

Julia has recently revealed that being a mother and wife are the most important things in the world to her.

“The kids are really angelic and wondrous. It’s so heavenly and kind and dear just to have that – the chaos that goes on in our house and the quietude that goes with that.

“I hope there are good people who agree that I have done good, kind things in my life. But to really, ultimately, stand fully in a moment of knowing that I was born to love and be the wife of this man.

“Danny is my best friend, my truth-teller. There’s something you can build a life on.

“He stands by the choices he has made. He will never blame it on somebody else and I have never seen anybody else do that.”

Hilary Duff Is Having A Boy