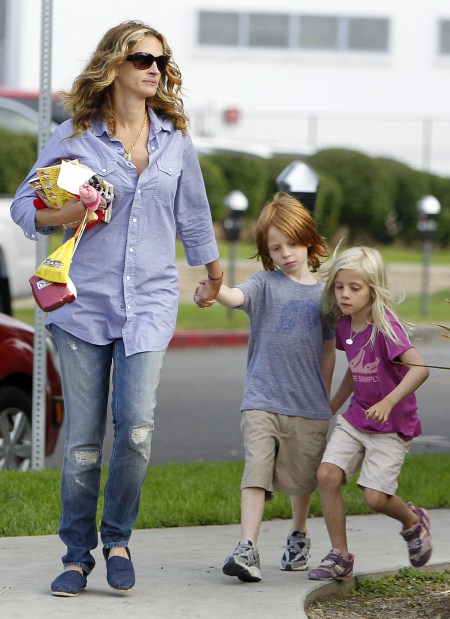 Roberts is currently filming Snow White in which she play the Evil Queen. Apparently, Roberts is constantly apologizing to her Snow White co-star Lily Collins while filming the fairytale adaptation, because portraying the Evil Queen is so out of character.

“Once they yelled ‘Cut’, Julia would say, ‘I’m sorry, I hate being mean to you,” said Collins.