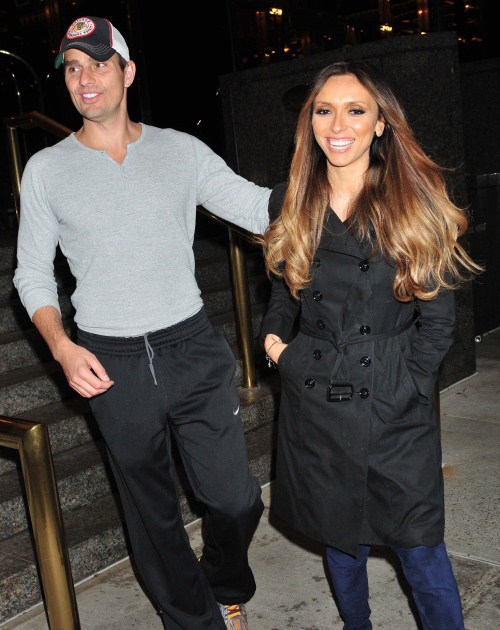 E! Host, Giuliani Rancic and her husband Bill are not giving up on becoming parents.

After two emotional, failed attempts they are in the midst of giving in vitro fertilization yet another try.

“We’re not opposed to adoption, but at this point we’re going down the IVF path,” Bill told Thursday at the Nivea New Year’s Eve preview in NYC.

But in the middle of their third IVF treatment, Giuliana and Bill are hopeful. “If [our doctor says] after this cycle, ‘I don’t think this is going to happy for you naturally. You’re going to have to look at more options,’ then we will,” she told . “But if someone is telling you, ‘I can get you pregnant,’ then we’re trying it.”

Giuliana and Bill both agree that they’d be open to adoption or surrogacy if having children naturally doesn’t pan out. “If the time comes, we will visit that as a possibility and even adopt from Naples,” Bill said.

“We’ve spoken about that and we’re open to a lot of things,” Giuliana, added.

Beyonce Shows Off Bump In A Mini