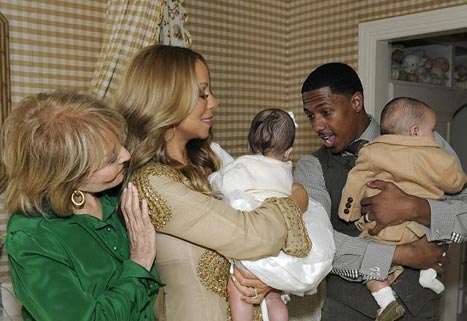 The first picture of Mariah Carey and Nick Cannon’s 6-month old twins was released today. The picture is quite the teaser! Carey is pictured holding Monroe and Cannon holding Moroccan, but the twins have their backs facing the camera!

The twins already have the nicknames, “Roc and Roe,” according to ABC.

In a short clip from the upcoming special, Walters asked Carey whether she trusts husband Cannon.

The interview with family is set to air this Friday on Abc’s 20/20.