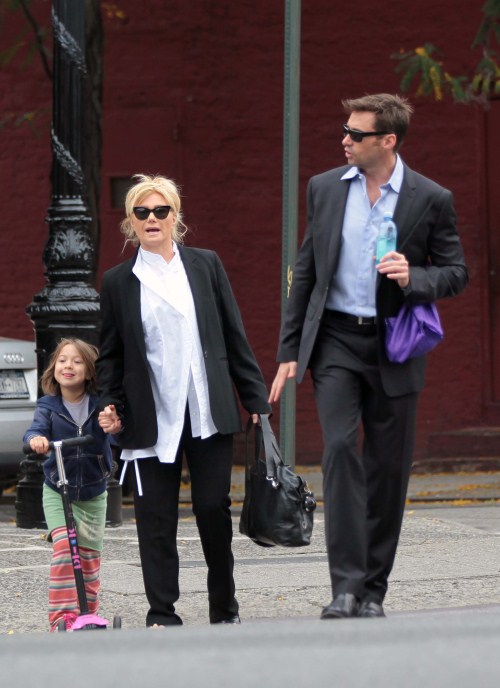 Hugh Jackman whose birthday is today was seen taking his daughter Ava to school on Wednesday in NYC with his wife Deborra-Lee Furness.

After dropping off Ava, Jackman and Furness went to an organized breakfast to launch their Laughing Man Coffee. One-hundred percent of the profits from sales of the fair trade coffee, tea, chocolates and gear will go to charities, including the local Harlem Village Academies in New York City.

“We have a motto at Laughing Man, and that is ‘All be happy,'” Hugh told the crowd. “It actually emanates from an ancient Sanskrit prayer which wishes for everybody to be happy, to be free of disease and for none to suffer misery of any kind—and that is at the heart of our company.”

“Every sip will be giving back,” promised Jackman.

Orlando Bloom and Miranda Kerr Jet Off With Son Flynn

Help Give Premature Babies a Tomorrow