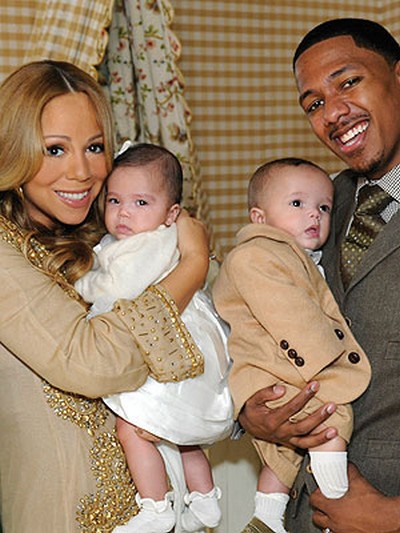 Mariah Carey and Nick Cannon and their 6-month-old twins, Moroccan and Monroe Cannon made their TV debut on 20/20 Friday night during an interview their parents gave to Barbara Walters.   Not only did the twins have their first interview but they now have a website.   The website is called Dem Babies.  Mariah and Nick decided not to do the regular celeb thing and sell the pic of their children to the tabloids.  Instead they decided to thare their intimate family photos with us on a website.

The couple does ask that if you use the images on their site to go to photo company because all proceeds will go to the Fresh Air Fund’s Camp Mariah.   There are lots of adorable family photos, head over to the website to take a look here!

What do you think about this new idea?  Most celebs sell the pictures for big $$$ to the tabloids.  Will this make the children less desirable for photographers to stalk to get pictures?  What do you think?  Sound out in the comments below!

Brad Pitt: Angelina and I Want More Kids, Why Stop?