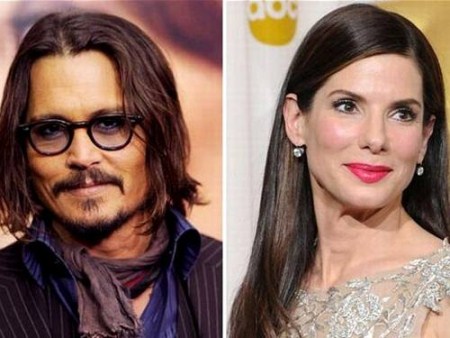 Johnny Depp who was voted hat person of year has given some of his hats to Sandra Bullock’s 20-month-old son Louis.  Depp’s partner Vanessa Paradis ordered Depp to part with some of his 1000 hat collection because they were overtaking their Paris apartment.

A source said: “He has hundreds of hats – two rooms in their Paris apartment packed with them.

“Vanessa wants some closet room but Johnny’s hats are taking up too much space. She told him point-blank, ‘Johnny, you get those hats out of here or when you’re gone, I’m going to throw them all in the trash.’

“He was horrified. He loves his hats and he is constantly buying more.”

Depp decided to give his hats to Bullock’s son because her son also has a fetish for hats.

“Sandra thought it was the sweetest thing,” a source told. “She told Johnny that Louis always cries if he doesn’t have a hat on his head and that’s why he’s rarely seen without one. Johnny promised to send more.”