Jennifer Garner: It Would Be Weird To Have A Boy 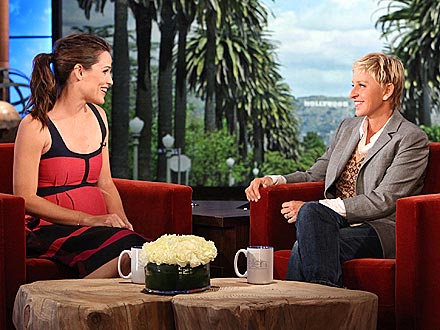 In an interview for Ellen DeGeneres Show, Jennifer Garner reveals that she would like to have another girl.

“Three girls is a great way to grow up,”

“I’m one of three girls and my little sister is awesome, so I just want a Suzanna.”

She says she is okay with having a boy and the experience would be different.

“it would be so weird to have a boy,” she also says the experience would be “cool and different.”

Garner acknowledges that it would be “fun” for her husband Ben Affleck   to have a boy because “he likes baseball and all that stuff.”

Garner says the her two daughters Violet and Seraphina don’t care what gender the baby is. They just want to name the baby!

“they don’t really care about the gender as long as we name it what they want it to be named.”

And if the girls have it their way, they could end up with a sibling named

“Daisy Duck Affleck,” Garner says with a laugh. “I can see us going that way.”