David Beckham Says It Will Be “Interesting” When Harper Starts Dating 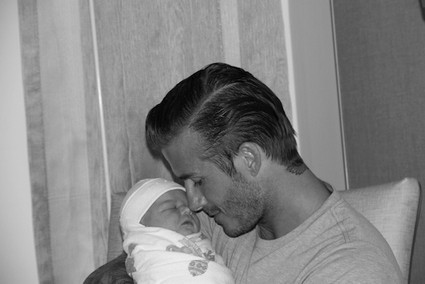 David has already come up with a plan when his new daughter Harper Seven starts starts to show an interest in boys.  He says he will team up with his three sons  to make sure Harper is protected at all times.

David also revealed how he and Victoria don’t want any outside help when it comes to raising Harper as they want to do everything themselves.

“It’s hard for us to go out and socialize, and go out for dinner because Victoria’s nursing. But that’s the way we want it. We look after her ourselves, the boys look after her, of course,” he said.

“But Victoria’s doing an amazing job. She’s looking after her so well and she really is so gorgeous.”

Sacha Baron Cohen and Isla Fisher A Family Day Out