Penelope Cruz: ‘Being A Mother Tranforms You’ 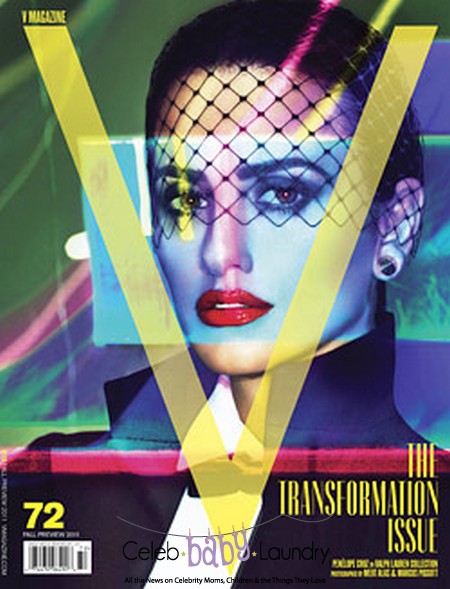 Spanish actress Penelope Cruz graces the cover of the August 2011 issue of  V Magazine wearing red lipstick and a Ralph Lauren tuxedo.  The cover was shot by Mert Alas & Marcus Piggott and the issue celebrates the spirit of transformation.  Penelope married Javier Bardem in 2010 in a private ceremony, they had been dating since 2007.  Penelope gave birth to her first child, son Leo Encinas Bardem, on January 22, 2011.

Penelope stays mum on her impressively private relationship with husband Javier but talked to the magazine about being a mother.  She told them:

“The biggest transformation is becoming a mother.  It changes you forever.”

To catch more of the interview pick up a copy of V Magazine!

Will Smith Vacations in Hawaii With Jayden and Willow

Victoria Beckham’s Baby Girl Will Have Custom Made Louboutin’s