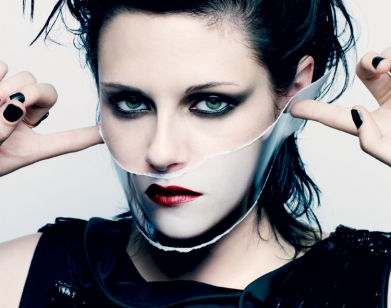 Kristen Stewart, the 21-year-old who plays Bella Swan in the Twilight series, recently revealed at Comic-Con that in the new Twilight, her role as a pregnant teen was the ‘most real’. Since most of the movie consists of vampires and werewolves, the pregnancy is most likely the most relatable aspect of Breaking Dawn: Part 1, set for release November 18.

When Stewart was asked what excperiences she used to pull from in order to act out Swan’s horrendous pregnancy to a half-vampire/half-human mutant, the star said,  “Hah. I’ve been asked recently what it’s like to play such a far-fetched story. This story feels the most real in terms of what can happen to you in your life At 18.. it’s so very very possible [to be pregnant].”

With stars like Bristol Palin, and MTVs seemingly endless string of shows about teen pregnancy, K-Stew has a point. The baby out of wedlock is most likely the part that is the least “far-fetched.”

“It’s hard to talk to you about this,” Kristen said, motioning to the pregnanct reporter who asked the question. “I didn’t have any experiences drawn.. there ya go!”

Angelina Jolie and Her Girls Touch Down