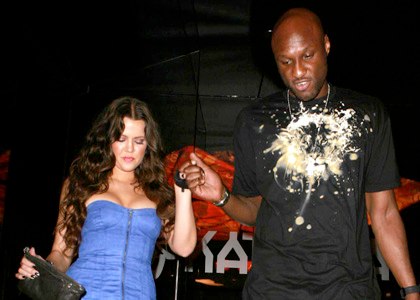 Khloe Kardashian and Lamar Odom are reportedly expecting twins.  The couple have been desperate to have children and have been trying and finally their wish has come true.

Media Take Out is reporting that Khloe is finally pregnant with twins.  A source revealed to them: “[Lamar and Khloe] were doing fertility treatments, and two eggs implanted.  They are having twins.  They want to keep it quiet until after Kim [Kardashian’s wedding next month]. They don’t want to overshadow her day.”

So don’t expect an announcement anytime soon.  This will be the first child for Khloe and Odom already has three children from a previous relationship, but is anxious to be a dad with Khloe.