David Beckham Hopes For Another Child 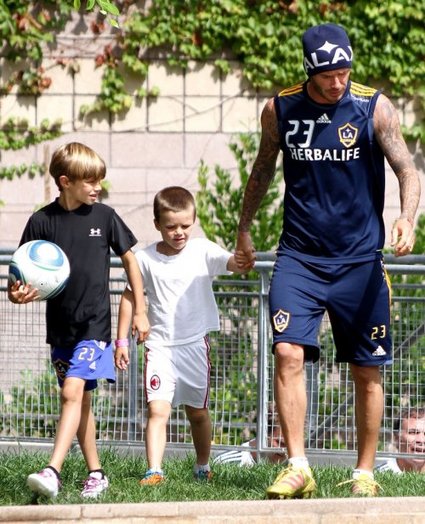 David Beckham has revealed he would like to have one more child.

“If we’re lucky, we hope to have one more,” David said.

In the meantime, David is enjoying his new baby daughter.  Sources say David is always ready to help out and that the three nurses they hired have been sitting around doing nothing!

‘[David]‘s the first one to jump up and comfort Harper when she cries, telling Victoria she needs her sleep,’ a source told Britain’s Now magazine.

“It’s funny because she has a night nurse, a morning helper and an afternoon assistant — and they’re all sitting around with nothing to do because Harper’s parents are all over her.”

Orlando Bloom Loves The Smell Of His Son