Angelina Jolie Spends Some Girl Time With Zahara and Shiloh 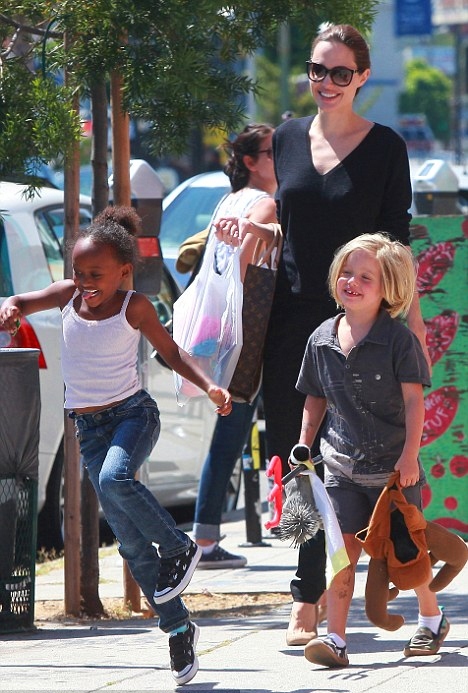 Angelina Jolie spent some girl time with her Shiloh and Zahara in Los Angeles. Vivienne was the only daughter absent from the fun. Zahara and Shiloh skipped and jumped on the sidewalk as mama Jolie walked behind.  They visited vintage clothing and costume shop Ozzie Dots. Shiloh picked up a devil fork and moose mask.

“My boys love to eat crickets. It’s their favorite thing… When I first gave it to them… I wanted them to not be turned-off by something that wasn’t (part of) their culture. So I bought them… and they ate them like Doritos,” she said.

“And they wouldn’t stop and they brought to-go boxes home. And then I had to actually ban the cricket-eating at a certain point because I was afraid they were going to get sick from eating too many… But they’re good!” 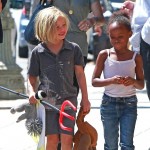 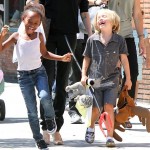