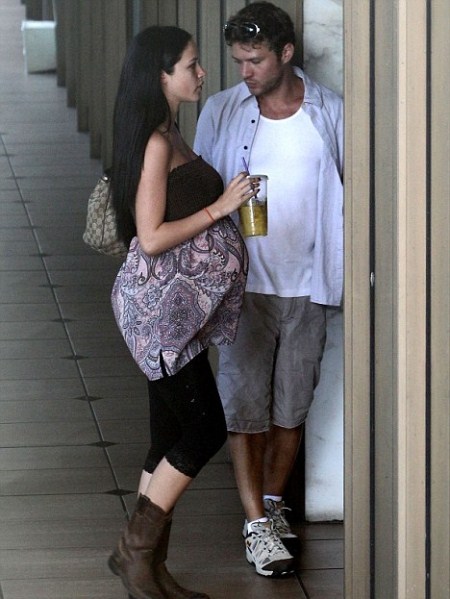 Ryan Phillippe was spotted catching coffee with his pregnant ex-girlfriend Alexis Knapp in Los Angeles on Tuesday.   They dated on and off until September of last year.  This is the first time they have been pictured together in a long time.

News broke that Knapp was expecting her first child last March. She has told friends that Phillippe is the father. However, Philippe is unsure if he is the father and wants a paternity test done.  He told a friend, “If it’s his, he’ll take responsibility.’

Where’s Maury when you need him?

Ryan Phillippe Spends The Day With His Kids