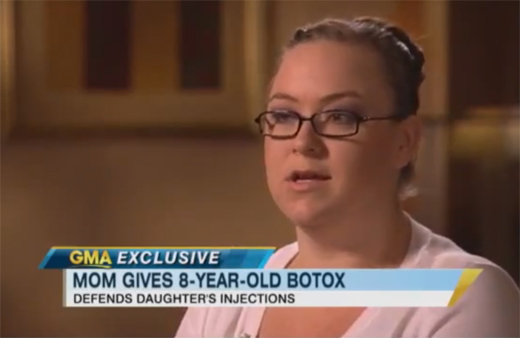 We posted a story earlier about how Sheena Upton, who went by the name Kerry Campbell for the story, claims that The Sun paid her $200 to assume the role of a mother who gives her child botox for pagents. Now The Sun has responded and the paper, “strongly denies any suggestion it solicited or knowingly published a false story regarding Kerry Campbell and her daughter.”

Uptin gave a sworn declaration and claimed that The Sun had approached her first with a false story, and once that story was posted, an interview with Good Morning America was scheduled with the same story being used. Upton stated that she was paid to, “play the role of Kerry Campbell”. Kerry was a character who supposedly gave her 8-year-old daughter Botox for beauty pageants.

The Sun claims that they didn’t even break the story about Kerry and claimed that they received the news from “a reputable UK news agency”. The agency added that they “watched Ms. Campbell administering what appeared to be Botox to her daughter and provided compelling photographs.”

The Sun claims that they are considering taking legal action against Sheena for making false accusations.

Marion Cotillard Has As Son!