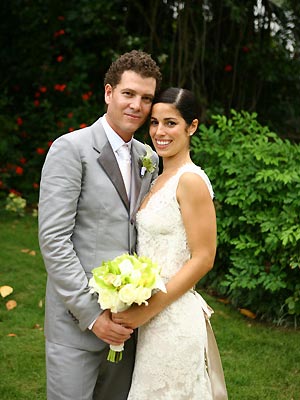 Ana Ortiz, who as an actress best known for her role in Ugly Betty, is now expecting her second child with husband Noah Lebenzone.  The couple already have a daughter named Paloma Louise, who is almost two. Ana confirms:

“We know it’s a boy! [We] are trying to come up with some names that we can agree on. It has to be Spanish, but something non-speakers can pronounce without mauling. Suggestions? I’m open. “

Ana has also signed for a new season of the HBO series Hung. The show will be shooting around her pregnancy and it won’t have any impact on the story line.   Congrats the Orits-Lebenzone family!