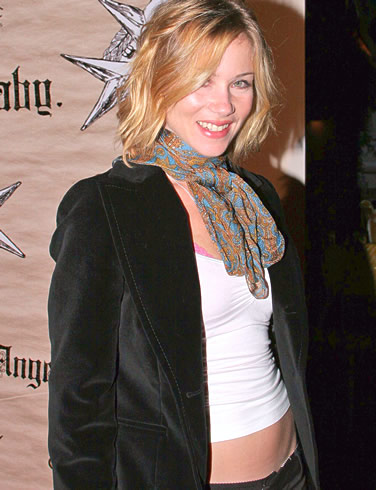 Holding newborn daughter Sadie Grace while still in hospital on Jan. 27, Christina Applegate was overwhelmed by her feelings of acceptance and love.

“I felt my heart literally open up for the first time and like wrap itself around her. It was profound,” Applegate, 39, says. “And I’m more in love with her every minute of the day.”

“Sometimes I stand there going, ‘I’m not doing any of this right!’ And then I get this big man belch out of her and I go, ‘Ah, we accomplished this together.’ “

It’s those little moments that now mean the most to Applegate, who opted for a double mastectomy after being diagnosed with breat cancer in 2008.

Daughter Sadie has now given Applegate a new word to focus on:  Mom.

“Yeah, now I’m Mom. She’s healed me in so many ways,” says the actress. “She’s just made my life so much better. She’s opened my whole soul.”

Sounds great – and we wish Christina all the best.