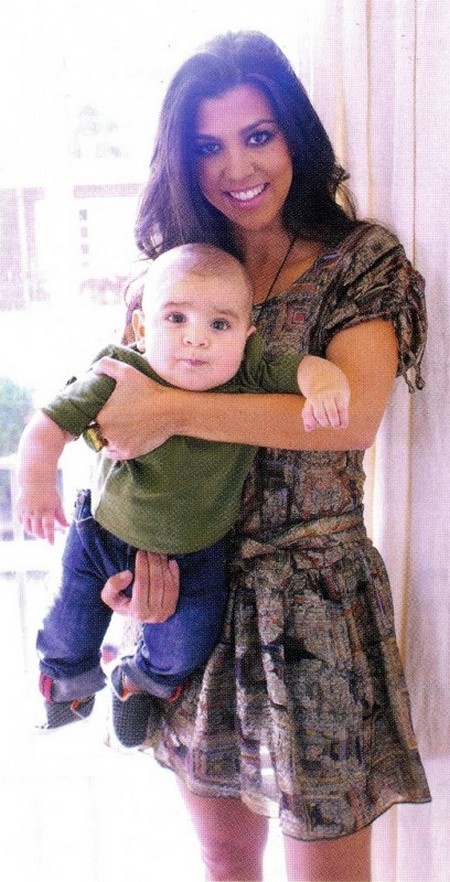 On Monday night Kourtney Kardashian and her boyfriend Scott Disick enjoyed a couple’s night out at a Black Keys concert presented by AG, but her son Mason, 14 months, was on their minds.

Kardashian, 31, had a great time at the concert, but said she loves spending time with her little boy. ‘I love to read to him, we take baths together and take walks we just have a lot of fun,” she said.

As for Mason’s next big plans, preschool may be in the future.  Said Kourtney, “I don’t know how I feel about that yet. Everyone is pushing him to go.” But since her son is only one, “I think he can wait.”

In the meantime, Disick, 27, is teaching his toddler about cars. “Recently I’ve been taking care of him more on my own since he isn’t as delicate as he used to be.  He has began to find an interest in cars, which is my passion.  I show him cars and he plays in them and gets in and opens the doors.  For me, it is exciting since it seems like he will really like cars later in life which, will be my dream come true,” he said.

When your dream come true is that your son likes cars you are a man who will probably live his dream.