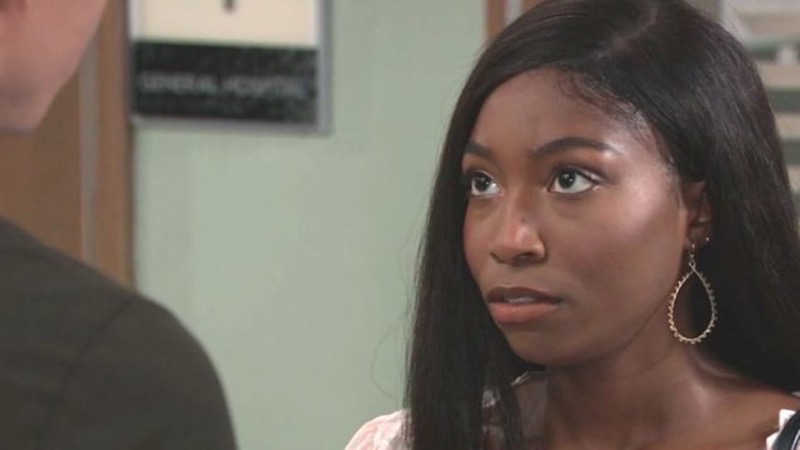 General Hospital (GH) Spoilers reveal Spencer Cassadine (Nicholas Chavez) has big plans in store for Esme Prince’s (Avery Kristen Pohl) baby, and Trina Robinson (Tabyana Ali) won’t see any real benefit to them when she finds out. Spencer has carried so much resentment toward his father, Nikolas Cassadine (Marcus Coloma), for years since Nik faked his own death and let Spencer think he had no father for four long years. Since then, Spencer has repeatedly felt his dad chose Ava Jerome Cassadine (Maura West) over him, and they just haven’t been able to make amends and stick with it. When Trina figures out that Spencer has his sights set on being a father to Esme’s baby, she won’t care what his reasons are — she’s not going to be on board.

General Hospital Spoilers — This Won’t Be An Easy Battle

Spencer invited Diane Miller (Carolyn Hennesy) over to Sonny Corinthos’ (Maurice Benard) penthouse — his new residence for the time being — to discuss the odds of him being able to attain custody of his half-sibling after Esme gives birth to him or her. Diane warned Spencer she won’t play any part in a fraudulent scheme to swindle Nikolas out of his paternal rights. So if Spencer has any design on faking a DNA test, she seemed to squash any hope he had of pulling that off. However, Spencer still wants to pursue custody even if he has to do it as a concerned sibling.

General Hospital Updates – Spencer Has Luck On His Side And Family

Spencer may have a few tricks up his sleeve that he hasn’t shared with Diane, or anyone else. First of all, his family can help him as much as the Cassadine name can work against him. Yes, he’s a convicted felon, and that won’t reflect well on him. Still, Victor Cassadine (Charles Shaugnessy) has a lot of pull, and it wouldn’t be beneath him to bribe a judge or fake multiple paternity tests so that even Nik’s own team can’t prove Nik is the baby’s father. 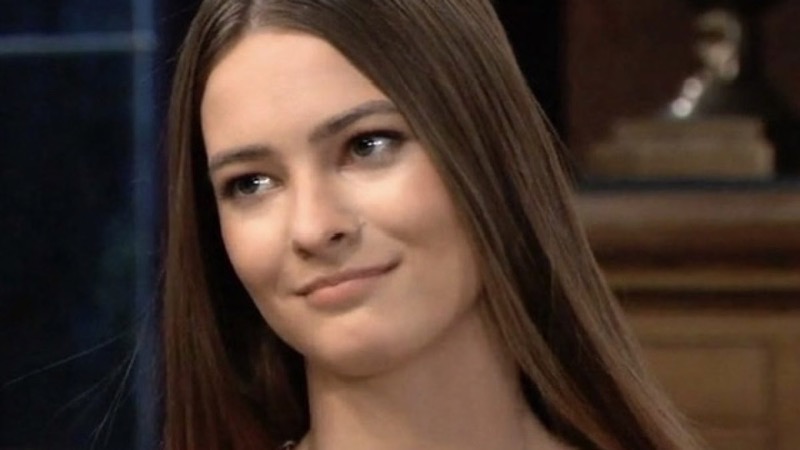 Will Spencer make a deal with his devilish uncle to secure custodial rights to Esme’s baby? In addition, Alexis Davis (Nancy Lee Grahn) will be of emotional support to Spencer when he steps up to the plate in such an adult way. However, he might not have the same support from the one person who matters most to him — his grandmother, Laura Collins (Genie Francis).

When Trina notices Spencer’s behavior toward Esme is shifting, she will think he’s seen her in a different light — much like she has. However, it won’t take long for Trina to start questioning what Spencer’s real intentions are in going after this baby. She may think it’s all too much drama and not worth getting tangled up with Spencer if this is the road he’s bound to go down. Furthermore, she’s going to have her own mother in her ear whispering her concerns that could fuel Trina’s hesitation to help Spencer any further. Honestly though, is Trina ready to be a mother figure to a baby that isn’t even Spencer’s — and at that, to Esme’s baby? Stay tuned for more GH news and spoilers just ahead to find out.