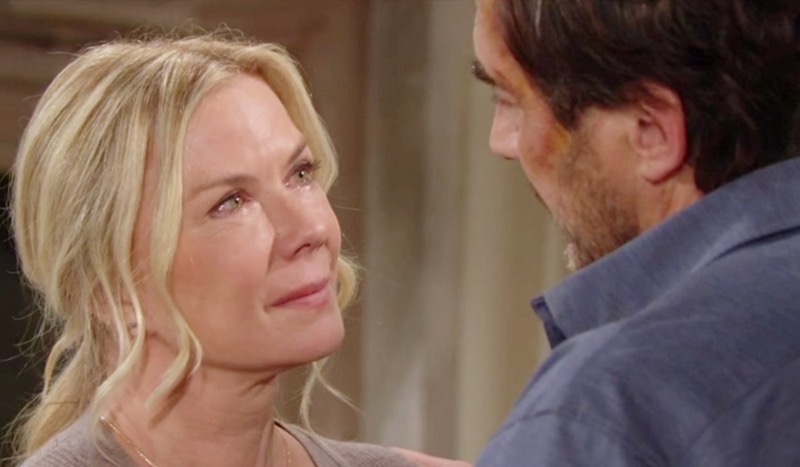 The Bold and the Beautiful (B&B) spoilers document that Ridge Forrester (Thorsten Kaye) knows Brooke Logan Forrester (Katherine Kelly Lang) loves him. Seeing her hugging one of his mortal enemies, Bill Spencer (Don Diamont), caused a head shake. But Brooke was quick to tag it as a non-issue.

Bill is jealous of Ridge. That is why he makes so many degrading comments. Most importantly, Ridge has the dominant part of Brooke’s heart which Bill rejects.

Brooke appreciates Bill, similar to how she feels about Deacon Sharpe (Sean Kanan). Ridge will never understand why his wife became involved with either man. That is the basis of his trepidation, as Brooke’s backstory is somewhat like Steffy Forrester Finnegan (Jacqueline MacInnes Wood) defined it to Hope Spencer (Annika Noelle).

The Bold And The Beautiful Spoilers – Ridge Forrester Is Insecure

Ridge has always had a lot going for him in this version of Los Angeles, California. But his insecurity regarding Brooke has often set the soapy stage for ongoing drama.

He has not been able to fully recommit to his wife because of his fear that she will betray him again. Ridge has not broken from Brooke because he does not want to let go of their eighth marital tie.

Of course, the idea that Ridge and Brooke have married, broken their nuptials, and supposedly repaired their ties can not accurately be called a relationship. It is a dysfunctional connection.

Steffy’s point to Hope, about Brooke, repeatedly hurting Ridge, is subjective. However, Steffy’s points are based on reality.

Brooke has hurt Ridge on many occasions. More recently, she kissed Bill in the cabin, which Shauna Fulton (Denise Richards) recorded, and Quinn Fuller (Rena Sofer) used as a form of public humiliation. Then came the infamous night of New Year’s Eve drinking with Deacon and his platonic stay-over at the Logan mansion while Ridge was away on business.

Brooke’s regrettable history has been forgiven by Ridge. But he still remembers and that drives his trepidation. 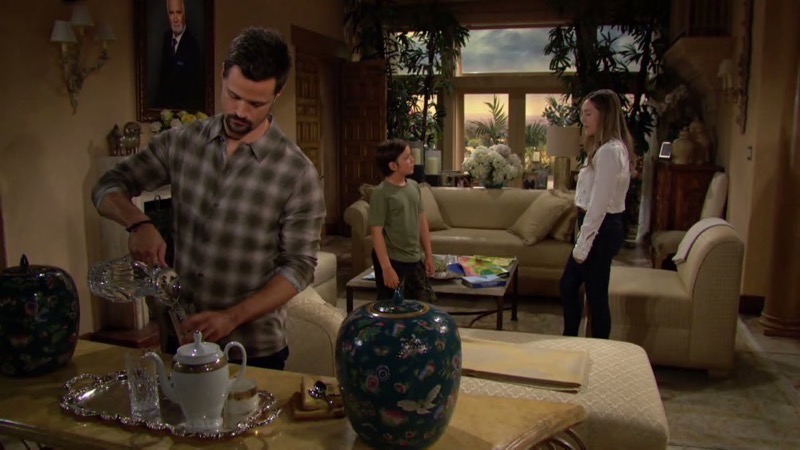 Thomas Forrester (Matthew Atkinson) has battled many instances of mental instability. Hope, along with many LA residents, and B&B’s audience who witnessed the storyline will never forget the Hope mannequin arc.

Hope knows that Thomas loves Douglas Forrester (Django Ferri). She knows that her adopted son enjoys being with his father. But her maternal instincts are also heightened.

Ridge, like Brooke, can not escape the many past instances where he broke trust. Just as Ridge will likely never be able to trust Brooke completely, Hope can not be sure what Thomas will do next.

Douglas’ welfare goes beyond the back-and-forth of a many-times married couple. Hope is right to look out for the boy Thomas wanted her to adopt. Hope’s legal rights represent Thomas keeping himself in check.